Here's What You Need:
a plastic comb
a piece of wool fabric (other materials work, too)
a teaspoon of salt
a teaspoon of ground black pepper
spoon


Here's What You Do:

Rub the plastic comb vigorously with a piece of fabric; or your child can try rubbing the comb on the fabric of his or her clothing. Hold the comb about an inch above the salt/pepper combination.  The pepper will start to jump onto the comb! 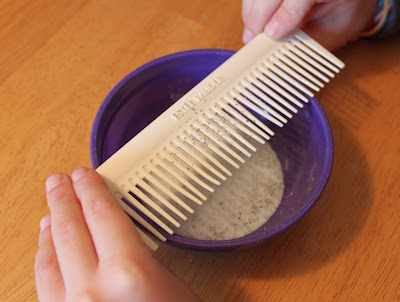 *Variation:  Use small snippets of colored tissue paper instead of salt and pepper. The charged comb will lift the the tissue paper.
Why?  Every object is made up of atoms which contain electrons. Some electrons are negatively charged, some are positively charged, and some are neutral. Atoms usually have a balance of electrons. But when the comb is rubbed on the fabric, it becomes unbalanced with a negative charge.  When it is held above the salt and pepper, it is attracted to the positive charges in the pepper, (which is lighter than the salt)--and opposite charges attract, like magnets! The pepper or bits of tissue paper jump to the comb.
Now bend a stream of water with your science magic! 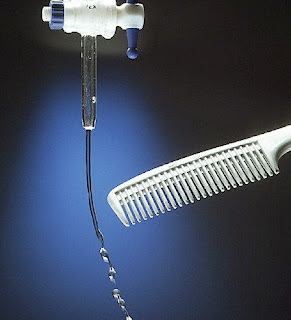 Charge the comb by rubbing it vigorously on fabric, or combing it through clean hair at least ten times.  Turn on a faucet so there is a small stream of water, and hold the comb near the stream without touching it to the water. The negatively charged comb will pull the neutrally charged water toward it--the water appears to bend! 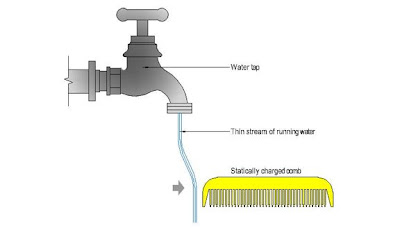 Rub a balloon on your head, and the same principle will make it stick to the wall, or your body! 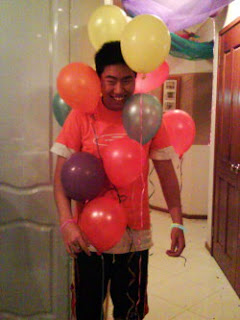 Posted by Tamara Burdic at 5:40 PM

Email ThisBlogThis!Share to TwitterShare to FacebookShare to Pinterest
Labels: In the Science Lab... 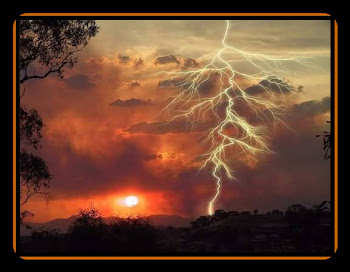 Breathe deeply and live in the present moment.

"Play is the expression of our creativity, and creativity, I believe, is at the very root of our ability t0 learn, to cope, and to become whatever we may be."
--Fred Rogers, (Mister Rogers)

When my youngest son, Sam was a toddler, he liked to push a chair up to the the kitchen counter to help me cook. Sometimes, I gave him his own bowl or pot, a mixing spoon and free rein of ingredients such as old ketchup, stale spices, etc and let him gleefully dump it all in and mix it up.
One day he came to me and asked "Mom, can we make another mess-cipe today?" And the idea for the title of a resource book was conceived. Sam is 18 now, so it's been a long gestation, but through this blog, I hope the birth of my first book will be here soon! Hope you enjoy following the creative process with me and the young ones in your life.
P.S. I am a messy person--(ask my sister, Marla who had to share a room with me growing up)--so I'm well-qualified to write this book. No worries, though. Messes are easily cleaned up and the experiences in-the moment are priceless!